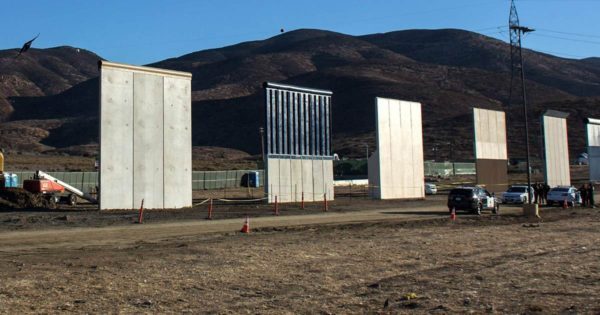 Let’s say the neighbor’s kids keep coming into your yard. They like it there and your kids like to play with them, but you don’t like it. You’ve been trying to stop them from coming over for quite sometime, but to no avail. And you swear they’re taking some of your kid’s toys.

In actuality, your children don’t want the toys the neighbor kids play with. But you feel that’s not the point. You’ve lived there longer than these neighbors have, plus you were born in this country and they weren’t.

You realize a lawyer is out of the question—this is something you know you can’t sue over. And then bam! “I know,” you say to yourself. “I’ll have a humongous wall built to keep these undesirable’s out.”

Deep down you know they haven’t done anything to you personally, or anyone really. But the idea of a wall and the fact that you came up with it, fills you with a sense of power, and you become obsessed with your mission. You can’t wait to tweet about it and add it to the thousands of other well deserved rants you’ve felt the absolute need to tweet about over the years.

It’ll be an expensive adventure, and although you know your wife and kids will be upset, you’ve talked to other people in the neighborhood who said they were all for it. (Apparently these kids have been a menace to some of them too.)

“I know,” you say to yourself again. “I’ll get the foreign neighbors to pay for it.” “After all, it’s their children causing the problem not mine.”

Sound insane? It is.