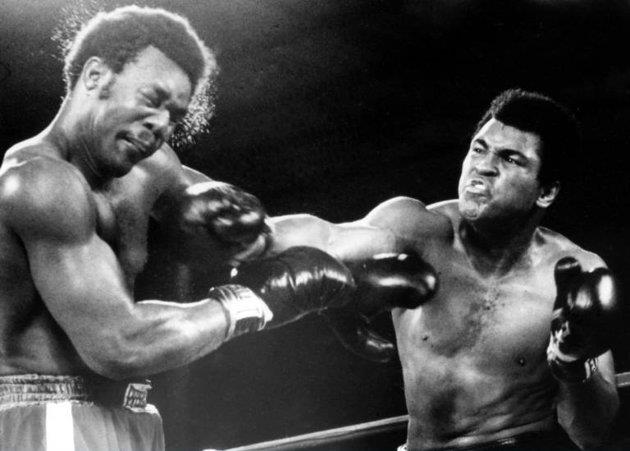 From Chapter three of my book. This was a few years before I started drinking on a regular basis and the beginnings of a false sense of ego that I used to feel better about myself for many more years to come.

“I believe that having role models when we’re young can be of great benefit, depending on who those role models are and how they behave. I couldn’t count on either one of my parents to be a role model, but I ended up having two as a teenager that greatly influenced me. The first was a famous boxer named Muhammad Ali, the heavyweight boxing champion of the world. And the second was the uncle who was like a brother. Now, I realize there’s a big difference between these two people, but make no mistake about it, they both had a big influence on how I behaved as a teenager.

Muhammad Ali was actually the reason I decided to start boxing. Not only was he famous and always the center of attention, but he was also very confident in himself, and people just seemed to love him. And at that point in my life, I wanted to be just like him. So much, in fact, that after deciding to be a boxer earlier that year, I found a local boxing gym to go to that opened in the fall and religiously worked out on my own all summer. I’d get up every morning at six o’clock to run, and in the afternoon, I’d throw punches at an army duffel bag I filled up with all kinds of stuff. It had been my dad’s from when he was in the army, and it was so heavy that he had to help me hang it on a large wooden beam that ran along the ceiling of our small, unfinished basement.

I later added a speed bag, which I put up myself, and learned how to hit the small, fast-moving, pear-shaped bag without missing a beat. Finally, the local gym opened up, and I nervously went there, not knowing what to expect. I was fortunate that the person running the boxing program turned out to be a wonderful human being and knew how to deal with a fifteen-year-old like me. He encouraged me to work hard every day. He must have seen potential in me because he introduced me to a person who had won a few different amateur titles when he was younger, and he became my new trainer. He liked Muhammad Ali too and didn’t seem to mind that I imitated Ali’s boxing style, which was to dance around the opponent, throwing quick jabs and right hands, and leaning away to avoid punches. I also boxed this way because I was afraid to get hit. Of course, when you only weigh 115 pounds and everyone you spar with is a lot heavier than you, getting hit can be scary. He knew this, though, and helped me hone my boxing skills and become more confident in my abilities. In only two months, I had my first amateur fight, and even though I was extremely nervous, I won the match.

Though I was so skinny, I dreamed of someday weighing 160 pounds and becoming the middleweight champion of the world. And after I won that first fight, I started acting like Ali in school. I did this by bragging and writing poems and showing people how fast I was, throwing multiple punches in the air. And I loved the attention it gave me. It even helped me feel good about myself. But, deep down, I knew I didn’t really have the level of confidence I was displaying. I also didn’t believe I was someone important, and soon, I developed a false sense of ego to help me feel that way. This false ego not only helped me to pretend to be something I wasn’t, but it also enabled me to temporarily overlook the fears and insecurities I had. For instance, when I walked through the halls in school by myself. I often felt left out and alone as I watched other teenagers walking together, laughing and talking about stuff. It almost seemed as if I was in a foreign country and didn’t know how to speak the language. Naturally, I would try to talk to the other kids, but I simply didn’t have the social skills to carry on a serious conversation and often felt nervous. The only place I felt comfortable was in class, where I made everyone laugh, including the teachers. However, as I said, being a boxer made me feel good about myself, and I would continue improving.

As a matter of fact, by April 1976, with only three more amateur bouts under my belt, the gym entered me and two other boxers in a Golden Gloves tournament. Our gym was only an hour and a half away from where it was being held, which was in Philadelphia, Pennsylvania, and boxers from other states would compete as well. I won my first fight fairly easily, beating a strong kid from Philadelphia, and because there weren’t many entries in the weight class I fought in, all I had to do was beat some guy from New Jersey to win the tournament. However, he was a lot tougher than my last opponent, and I was really nervous before the bout. I had seen him score a first-round knockout in his last fight, and my trainer knew he was a seasoned fighter. (I found out later that he had more than twice as many fights as me.) But because I was in tremendous shape and didn’t want to lose, I beat him by a close decision and was declared the 112-pound Mid-Atlantic AAU Golden Gloves Champion. I had my picture in both the school and local newspapers, and all the attention I got made me feel better than any drug I had ever taken. 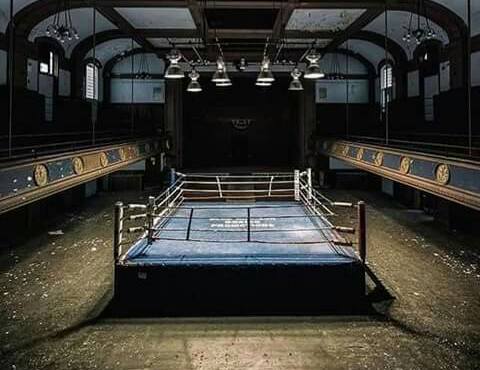 However, like a drug, the high I felt didn’t last. School ended in June, and so did the attention. But even though the gym was closed for the summer, I was able to combat the sadness I had initially felt by having fun with my uncle again. I had actually spent some time with him the summer before, but unlike that one, I hardly worked out over this next summer, and when the gym opened back up, I was really out of shape. As a result, I didn’t do so well sparring with fighters I had had no trouble with before, and it immediately shook my confidence. I at least tried to get into better shape, but something in me had changed that first week back, and my heart was no longer in it. I decided to quit boxing.

I remember coming home one evening and going straight to my room where my boxing trophies were and staring at them until tears came to my eyes. I had already decided that if I couldn’t be the best boxer in the gym, I wouldn’t box at all. My dream of being middleweight champion was now over, and I didn’t know exactly what I was feeling as I took my trophies down and put them away. I believe that with a little guidance or reassurance from one of my parents, I might have rethought my decision to quit or at least understood what I was feeling, but like other times in my life, neither one of them picked up on my emotions. My decision to stop boxing was something I regretted for a long time, and although I had one more bout when I was seventeen and won another trophy, I would never box competitively again.”