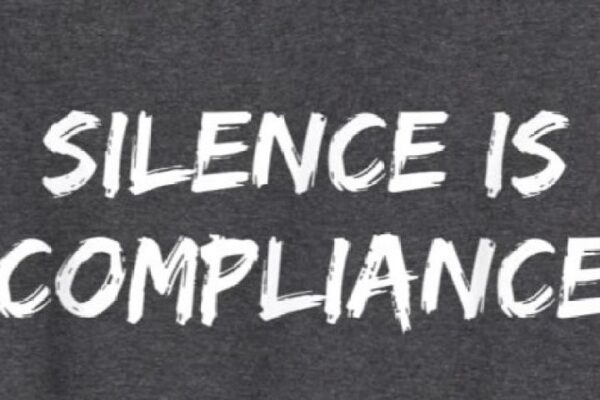 At 60 years old; thinking about the fears I’ve had. Hardships I’ve faced. And any trials and tribulations I’ve gone through as a somewhat privileged white middle-class citizen, I cannot think of anything that stands out as life-changing, other than when I finally stopped drinking.

Now I did experience fears and insecurities throughout my life that were far from the normal ones most people have. But I learned how to overcome them in my sobriety. And I worried when my children went to school. But I knew they were relatively safe walking a block to the bus stop and on the ride there. I also had financial fears as a young married man with a wife and two kids. However, I cannot think of any real hardships I faced.

As far as any trials and tribulations I’ve gone through, other than ones that were mostly self-created, I can honestly say that nothing stands out as life-changing when compared to what I see and hear people of color go through.

From worrying about their children being arrested when simply going out to do even the most ordinary things. To being fearful of them or a loved one dying at the hands of police officers who have sworn to serve and protect. White people could never imagine living a life like that.

Remembering the sixties as a child, I would have thought that those years should have produced a change in the way black people were being treated, and although I’m sure it helped, as I read today’s headlines I can hardly believe it’s now 2020.

Speaking of the sixties. There are a few icons that stand out as being the most active participants in trying to bring about change, with perhaps none more notable than Martin Luther King, but one, in particular, stands out the most to me because of the fears and insecurities I mentioned. His name is Muhammad Ali.

Ali may have just been a boxer to some, actually, he was the heavyweight champion of the world. But his affiliation with the Black Muslims and his refusal to be drafted into the Army made him so much more.

By the time the seventies rolled around, he would go on to become the most recognizable face in the world and my idol and role model as a teenager. So much, in fact, that I would become a boxer myself and not only copy his boxing style but also his extroverted behaviors. Ones that I would use to cover up my fears and insecurities and to help build a false ego that drove me to win a Golden Gloves Championship.

The reason I bring all this up is to help explain why I, as a white privileged middle-class citizen, am so appalled by the injustices perpetrated against black people. I am told I have to watch that my white privilege doesn’t show, but I don’t care. I am not grandstanding here. I am not Muhammad Ali, who stood up for black rights as a black man. I am not one of the many heroes today trying to make a difference in the way black people are treated. I am simply trying to do my part by humbly writing this as my way of helping, and if I’m honest, to also vent my frustrations about the sad state of affairs going on in our country.

It is my love for Muhammad Ali, the person he was, and what he stood for, combined with the growth I’ve strived for in my life that has helped shape who I am and now drives me to speak out against injustice, especially racial injustice.

At 60 years old; thinking about all the fears I’ve had. Hardships I’ve faced. And any trials and tribulations I’ve gone through as a white privileged middle-class citizen. Other than talking about why I stopped drinking in an effort to help others, I can’t think of anything else as important as expressing my feelings on the sad and often tragic life-changing experiences that so many black citizens have been going through for far too long.